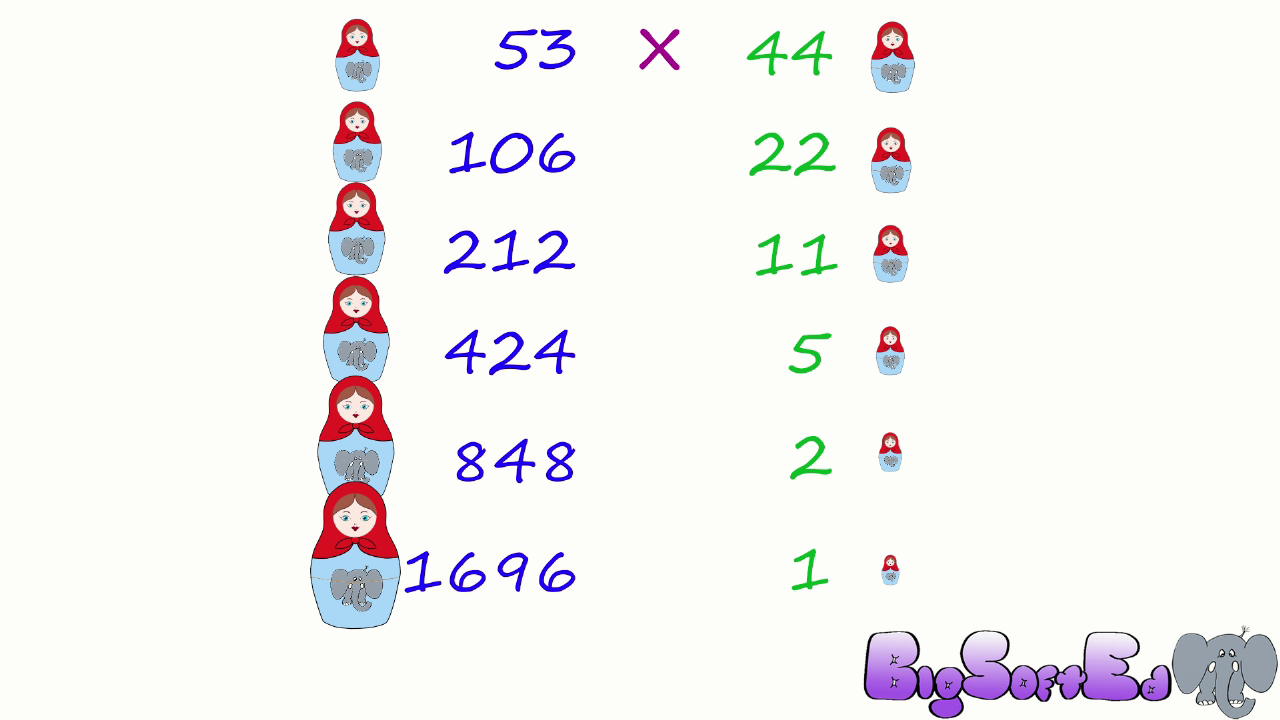 The fourth method of multiplication shown briefly in the Long Multiplication video gets its own star treatment in this next one.

It might not look like the others, and you probably won't want to use it for real, but Russian Peasant Multiplication is a curious method that can take you on an interesting journey from simple doubling and halving to powers of 2, binary numbers and back to the distributive rule, which binds all of these methods together.

Along the way, Ed proposes a new name for the method. It'll never catch on.